Most people have heard of UTIs (urinary tract infections) even if they have never experienced one. That is likely because UTIs are a highly prevalent type of low-grade infection. This condition affects millions of people every year, and the vast majority of sufferers are women.

If you have had a UTI or know someone who struggles with one, you might have heard that it is a bad idea to consume alcohol while fighting the infection. Or, maybe you read advice stating you should avoid alcohol while taking antibiotics prescribed to treat UTIs like Macrobid. 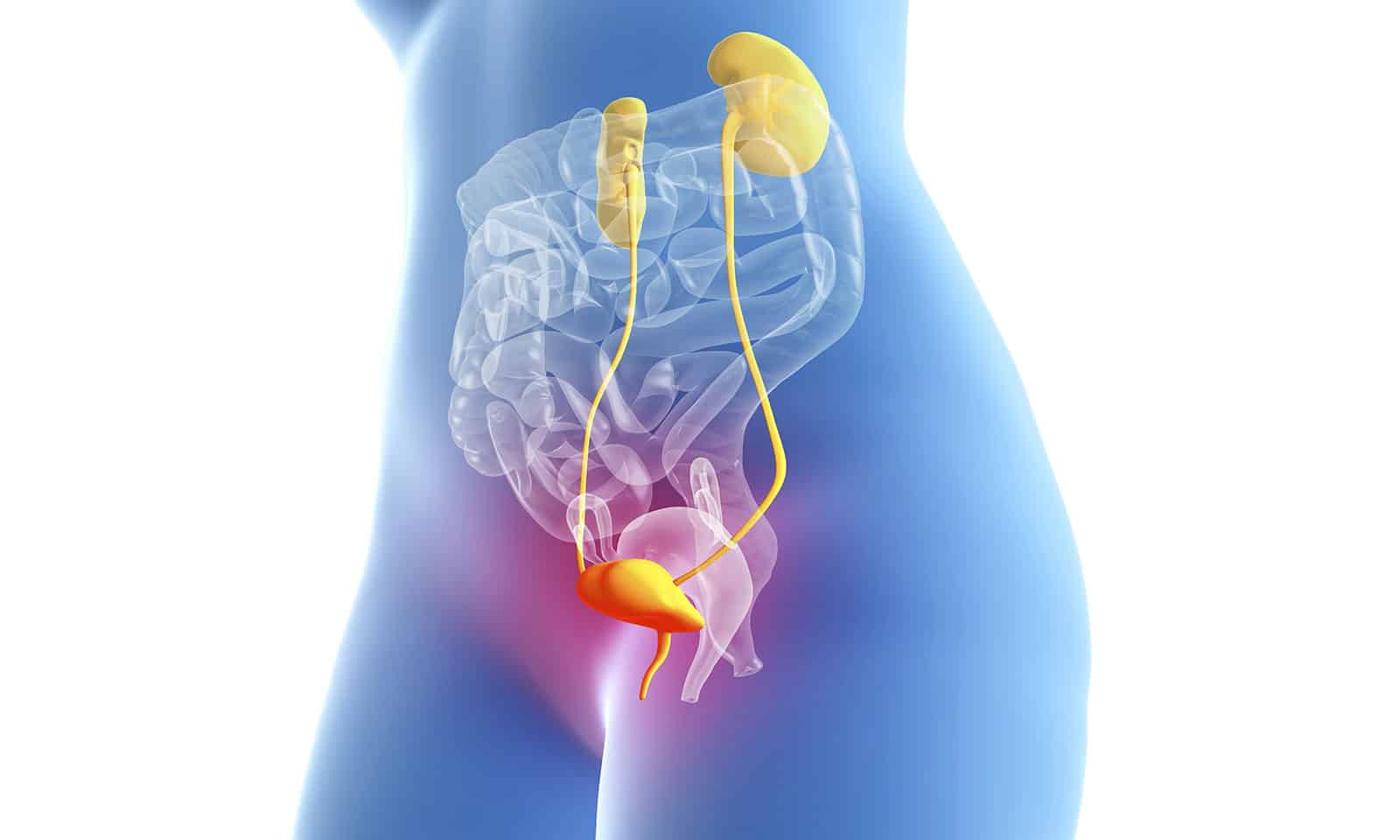 There is some truth to these assertions, but there is also a fair amount of misinformation surrounding this topic. The exact interplay of UTIs, Macrobid, and alcohol may not be what you think, but that is all the more reason to educate yourself about it. Staying uninformed could lead you to accept unnecessary risks to your health and allow your minor UTI to develop into something much more threatening.

This article will first give an overview of urinary tract infections and Macrobid. The latter half of the article will then cover issues related to alcohol consumption during a UTI and while taking antibiotics.

What is a UTI?

A UTI is an infection that can affect any part of your urinary system. Your urethra, bladder, ureters, and kidneys are all components of this system. An infection can take hold in any one area, but it can also spread to multiple parts of the urinary tract (if not all of it).

According to the Urology Care Foundation, around 60% of women will get a UTI at some point in their life. Many women will get multiple, and some endure UTIs chronically. Contrastingly, only about 12% of men will have at least a single UTI in their lifetime.

The relatively short distance between the anus and urethra in females is one reason UTIs are so much more prevalent in women. Female anatomy makes it far more likely that E. coli bacteria can transfer from the anus and contaminate the urinary tract. That is why health professionals recommend that women use toilet paper front to back only. Furthermore, women have shorter urethrae than men, making it easier for bacteria to reach the bladder and beyond.

Besides developing an infection from one’s gastrointestinal bacteria, the other major cause of UTIs is sexual intercourse. Not only could you get an E. coli-based UTI from another person, but also sexually transmitted infections can induce this problem. A UTI could very well take root due to Gonorrhea, Herpes, Chlamydia, or Mycoplasma exposure.

Macrobid is a generic form of nitrofurantoin monohydrate. The other brand names on the market for this drug include Nitrofurantoin, Furdantin, Macrodantin, and Aeration. UTI sufferers often take it in tablet form, but you can also get Macrobid as capsules or a drinkable liquid.

It is an antibiotic that is exclusively prescribed to treat bladder and urinary tract infections. The medication fights infection by suppressing bacterial growth and reproduction. It does this by:

A critical note about Macrobid: it does not treat infections in other areas of the body. It cannot even fight the UTI bacteria that have reached the kidneys. Once a UTI invades the kidneys, the risk to a person’s health becomes much more grievous.

Side Effects of Macrobid

Some potential side effects of taking Macrobid are:

Some symptoms like darkened urine are non-serious and to be expected. However, if you experience more severe side effects while taking Macrobid, or they continue to worsen, notify your doctor as soon as possible.

Will Taking Macrobid With Alcohol Put You in Immediate Danger?

Some drugs become extremely hazardous right away when the person taking them also imbibes alcohol. That may be because the interactions between the medication and alcohol create toxic compounds. Or, each substance could have amplifying or conflicting effects on the body that ultimately imperil vital systems.

Fortunately, Macrobid is not one of these types of medications. There is no known direct interplay between it and alcohol that results in an immediate medical emergency. That said, there are a host of indirect repercussions from mixing the two that arguably make drinking alcohol while on Macrobid a dicey decision.

Alcohol is a well-known diuretic, which means it causes your body to expel excessive amounts of water through urine. That is precisely the opposite of what you need when you have a UTI. To get over a urinary tract infection, you must be well-hydrated. Alcohol works directly against this.

If you are not hydrated, you can experience a series of cascading downhill effects. The infection may linger and become more concentrated rather than flushing out as it should. Thus, it can grow, spread, and attack the kidneys if it has not done so already. Your kidneys and other organs will not operate as effectively when battling against dehydration. Lack of fluids will similarly impair your immune response and virtually every other system in your body.

When you are fighting an illness, further weakening your body this way merely prolongs the situation and increases the odds your health will deteriorate.

Another consequence of drinking alcohol and dehydrating is that, while taking Macrobid, any symptoms you might have from the medication could be exacerbated. What might have been tolerable discomfort can spiral into out-of-control sickness. Some side effects that can intensify to the point of danger with alcohol are:

Studies have disproven the myth that alcohol renders Macrobid completely ineffective. The jury is still out concerning whether it has any impact on the drug’s strength at all, however. More likely, the belief that drinking cancels out Macrobid persists because it instead lowers the body’s natural ability to fight the infection.

Aside from dehydrating you, alcohol heavily disrupts sleep patterns. Even slight interruptions to a person’s sleep cycle can cause their immune response to dropping precipitously. Antibiotics may not clear out bacteria efficiently if the immune system is overly suppressed.

Complications From Other Conditions or Medications

Generally speaking, most advice concerning Macrobid and alcohol presumes that the person in question was previously healthy otherwise. But while there might be a little wiggle room for someone like that, there are plenty of circumstances where your doctor would warn against taking Macrobid and alcohol together. Those at increased risk of severe side effects include people who:

Make sure your doctor knows about any preexisting conditions or additional medications you might be taking before drinking while on Macrobid. Only a trained professional with knowledge of your medical history can give you accurate advice in these complex scenarios.

What Should You Do If You Have Had Alcohol While Taking Macrobid?

If you have had a drink or multiple and are on Macrobid for a UTI, you should first drink plenty of water. Drinking water will help curb the dehydrating effects of alcohol and limit the severity of any side effects you experience. If you are struggling with overwhelming illness after ingesting Macrobid and alcohol, seek medical attention right away.

Can You Have Any Alcohol While Taking Macrobid? How Much is Safe?

If you are generally in good health and are likely to recover well from your UTI, small amounts of alcohol may be okay. There is no single safe amount to drink, but it pays to be cautious.

One recommendation would be to limit yourself to no more than two to three drinks in a day and take a day off in between. That should give you ample time to recover, all else equal. Take into account how much you typically drink and thus how sensitive you are. Aim to consume less alcohol than you would when healthy.

Overall, collaborate with your doctor regarding Macrobid and alcohol. Be honest with them and yourself, especially about your medical history and possible vulnerability to complications. Take care of your body by getting plenty of fluids and rest. Pay attention to any pain or sickness, and stop drinking if these experiences intensify. Finally, use good judgment and drink in moderation if you decide to partake while you have a UTI or are recovering from one with Macrobid.